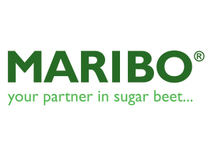 MARIBO SEED - 100 years of history in the sugar business

MARIBO SEED (Denmark) is a company that has won a significant part of the sugar beet market, continues to move forward and claims to be the leader in sugar beet breeding and seed production in the near future in Ukraine and in the world.

From 1870 until the start of the First World War, the Danish sugar production was entirely based on imported seeds. Thanks to supply problems, during the war, the owners of Danish sugar factories decided to set up a company that would be able to provide agricultural enterprises with high-quality sugar beet seeds.

And already in 1920 was founded a company called MARIBO SEED, and in 1928 the first competitive sugar beet MARIBO-N was introduced.

In the 1930s, it was possible to create the first tetraploid sugar beet. In 1949, when another sugar beet breeding company applied for a patent for polyploid seeds, the application was rejected, because such varieties had been already patented by MARIBO SEED.

The first polyploid variety of sugar beet, which dominated the world market in the 1950s, was MARIBO-P.

MARIBO SEED introduced single-seeded varieties in 1969 with an encrusted sheath. This combination has become a significant step forward, and symbolized the beginning of a new phase in sugar beet seed production.

Since then, stable hybrids to rhizomania have been supplied to all countries that were vulnerable to this disease.

All that you know from the history of development of sugar beet selection has started the very beginning of MARIBO SEED. This is a company that does not stop at the achievement. This is a company with a high content of saccharide hybrids.

MARIBO SEED is an international supplier of sugar beet seeds with a network of affiliated companies, sales departments, distributors and agents in more than 30 countries.

MARIBO SEED's headquarters and modern production facilities for seed production are located on Lollan Island, in the south-eastern part of Denmark. Sowing is conducted in northern Italy.

You can be sure that in the future, MARIBO SEED will continue to surprise the producers of sugar raw materials with high quality sugar beet seeds.
In Ukraine, MARIBO SEED hybrids exclusively represented by the Firm “ERIDON” SPE. Nowadays producers have access to such modern sugar beet hybrids as Norikum, Carlton, Molly and Frontera.