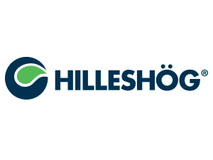 In 1907, the breeding company HILLESHÖG was founded in the town of Landskrona in the south of Sweden. From the outset, the main goal of breeding was a program to increase yields, sugar content, improve the quality of juice and resistance to bloom. After several years of breeding and obtaining high-quality results, in 1912 the "Sugar Beet Institute" was founded, which was headed by the famous Dutch breeder and botanist Klaas Tiebes.

And before the First World War, the seeds that were used in the production of sugar beet in Sweden, belonged mainly to the company HILLESHÖG.

The export of Hillshog seeds became a reality in 1926. Denmark, Germany, Belgium, Great Britain and France were the main importing countries. Seeds of sugar beet HILLESHÖG was preferred due to the high yield of sugar and resistance to bloom.

In 1985, HILLESHÖG began the selection work in the USA and in 1990 it introduced the seeds of sugar beet resistant to the virus disease Curly Top. Thanks to this, one of the main problems in the cultivation of sugar beet in the USA was solved, which allowed it to dynamically increase its presence in the North American market.

Today, the genetics of the company HILLESHÖG is known all over the world primarily due to high productivity, yield of sugar per hectare and resistance to diseases of the leaf surface and root rot.